Vietnam learns to live without ODA 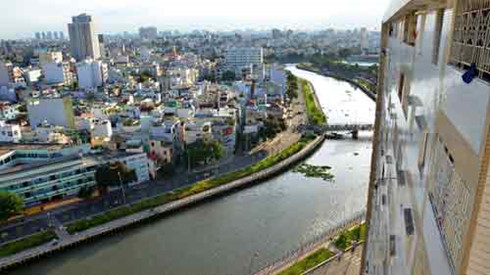 The UK has announced it will grant ODA to Vietnam from 2016. Some other countries including Finland and Norway have been gradually cutting ODA for Vietnam in 2016-2020.

The World Bank (WB) will stop providing capital from July 2017. And the Asian Development Bank (ADB), one of the three big funders, will be the next donor to do so.

As Vietnam has become a country with average income, the ODA policies for the country will change in the time to come from development aid to partnership relations.

As such, Vietnam, which has received US$3.5 billion worth of ODA capital every year since 1994, will see the capital decreasing gradually.

Some key sectors in the national economy, including transport, energy, water supply & drainage, climate change and hunger elimination & poverty reduction, will have no more capital from the source.

Bui Duc Thu, Permanent Member of the National Assembly’s Finance & Budget Committee, said Vietnam needs to draw up a roadmap to adapt itself to the non-ODA period, or it will suffer shock when the ODA stops in the future.

What will Vietnam have to do to obtain a 6.5-7% GDP growth rate in 2016-2020 if it needs US$90 billion a year for economic development, while the ODA capital decreases?

Thu said it was necessary to restructure the state budget, re-calculate the income and expenditure to ensure a reasonable budget deficit, and curb the public debt to a reasonable level.

“The ODA decrease must be offset by domestic capital sources and foreign loans with preferential interest rates,” he said. “However, the national economy’s quality needs to be improved so that Vietnam can get a higher credit rating which helps it get loans at lower interest rates."

He also suggested re-lending ODA capital instead of allocating the capital to force borrowers to be more responsible for the capital they receive.

“More developed localities will have to borrow more capital and get less capital allocated. As for poor provinces, they will get more non-refundable investments,” he said.

Vu Dinh Anh, a renowned economist, said it would be not difficult to seek other capital sources, but Vietnam may have to bear disadvantages in loan terms, grace period and interest rates. Higher capital costs will increase the public debt burden.

“It is necessary to understand that the time when one can easily develop infrastructure with ODA capital is over,” Anh said.

Bui Kien Thanh, also a renowned economist, noted that it was necessary to learn to live with non-ODA financial sources.