Deputy Director of the State Bank of Vietnam’s HCM City branch Nguyen Hoang Minh said there was no leap in the remittances to HCM City in the first three months, as dollar holders were still waiting to see the consequences of the central bank’s recent policies before deciding on channels to invest in, Minh said.

The central bank has adopted some new policies this year, including the application of the daily reference exchange rate and the reduction of dollar deposit interest to zero%.

Last year, HCM City, which is one of the top localities nationwide receiving the largest volume of remittances, received roughly US$5.5 billion in remittances, inching up against its US$5.2 billion of 2014. More than 70.8% of the remittance value flowed to production and business, while roughly 21.6% poured into real estate and 7% was for relatives. 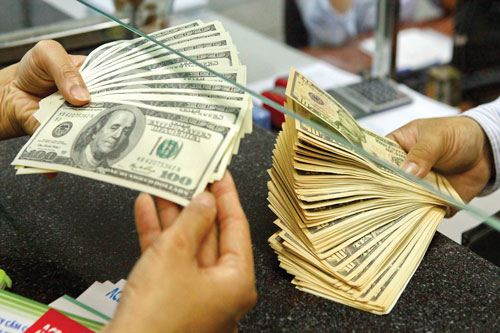 However, after a good year in 2015, several experts say they are not so confident that remittances will be stable in the upcoming months and years.

According to experts, the US Federal Reserve is likely to continue implementing its roadmap to increase the interest rate on the greenback, affecting the đồng-dollar exchange rate.

The experts said that this would make overseas Vietnamese reluctant to transfer their savings to the country, since they would receive fewer benefits from the transfers, except in cases where they are investing in projects with high returns.

However, some experts have expressed a contrary opinion, saying a significant growth in remittances is likely this year.

They said the forex rate between dong and dollar will likely increase by 3 or 5% this year, thus encouraging overseas Vietnamese to transfer more of their savings to Vietnam to enjoy the benefits of a favourable exchange rate.