Millionaires chalk success up to hard work and family values 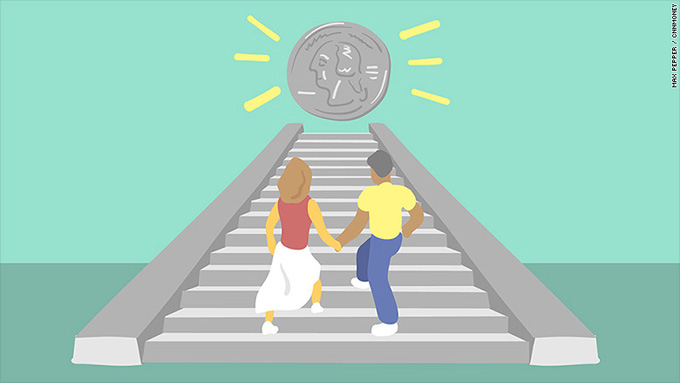 How to be a millionaire.

That's according to a report released by U.S. Trust on Monday, based on a survey that asked 684 adults in the U.S. with $3 million or more of "investible assets" hundreds of questions.

About 77% of those surveyed said they grew up in the middle class or lower, including 19% who say they were poor. And they credit their success to three somewhat surprising factors: Hard work, ambition and family upbringing. Respondents even went so far as to say that these influences were much more important than "connections" or "innate talent."

"The points seem to be so traditional in nature," said Chris Heilmann, the chief fiduciary executive at U.S. Trust, Bank of America's private wealth management firm. "It's [about] deeply held family values rather than an inheritance or existing wealth,"

Share your story: Have you gotten a raise lately? Tell us about it!

The survey was also a shout-out to strict parents. About 80% of respondents said their parents were firm disciplinarians. They also named "academic achievement," "financial discipline" and "work participation" as the family values that were most emphasized in their homes.

"It indicates the American Dream seems to be alive and well," Heilmann said.

Considering that some people might doubt that, Heilmann said that the results were "refreshing, encouraging and a bit surprising."