Could HCM City become next Silicon Valley for startups? 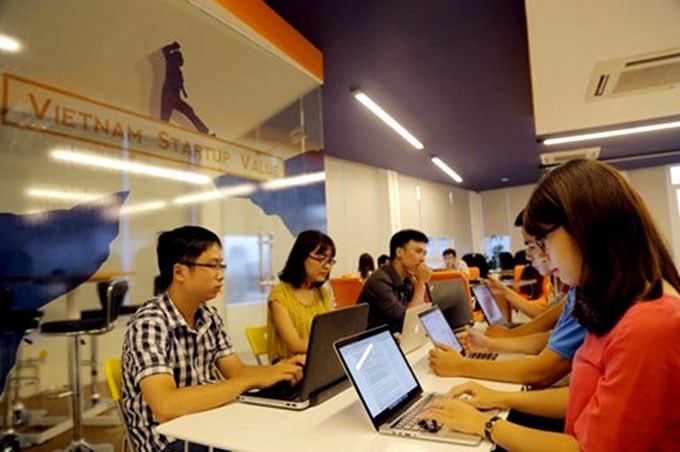 Ho Chi Minh City has launched a new US$45 million fund to create a start-up ecosystem that aims to provide entrepreneurs the chance to successfully grow their business.

It will improve access to finance that will provide cornerstone investments of up to a maximum budget of US$88,000 (VND2 billion) for each start-up venture. Depending on each idea and solutions, the budget for each project will be different in line with the fund manager’s discretion.

It will also allow companies in financial difficulty to restructure early, making it easier for entrepreneurs to launch a second business and be more successful.

The fund is determined to create an ecosystem modelled after Silicon Valley in California, the US and it aims to support some estimated 2,000 start-up projects over the next five years with needed seed capital.

The goal is to help start-ups deliver their full innovation and job creation potential, said Mr Tuan and replicate the success of other Vietnamese companies such as Misfit Wearables that was founded by a team of Vietnamese engineers and subsequently sold to Fossill in 2015 for US$260 million.

He also cites the success story of VNG, a gaming, media and communications focused company founded in 2014 that is rumoured to have a current value in excess of US$1 billion as well as MoMo, a local payments and online wallet company, that raised an unprecedented US$28 million from Standard Chartered and Goldman Sachs in 2015.

There are many more examples of successful Vietnamese start-ups and its Mr Tuan’s contention that today’s local start-ups nurtured by the City’s ecosystem could become tomorrow’s global success stories.

This is about new jobs, innovation and competitiveness for the City, he noted, adding that it can accomplish this by fostering an ecosystem where start-ups can connect with potential partners such as investors, business partners, universities and research centres.

However, there are many leading experts around the globe that would beg to differ significantly with Mr Tuan and the substance of his views on the benefit of start-up ecosystems.

The best start-up ventures are not the product of an ecosystem, these experts have said, but they are born of isolated events.

Maybe a group of Ph.D.’s from the US come together and develop a new technology cursorily connected to Vietnam. Maybe a former Facebook engineer decides to leave Facebook and start his own company. Maybe a group of engineers and designers who met in Singapore go onto start an app company. Maybe a pair of strangers, with a strategic mindset and financial set, go on to build a gaming company.

According to these experts, it means these isolated success stories of a handful of Vietnamese start-ups cannot be easily replicated, nor successfully accelerated, and the simple fact is that most ecosystems around the globe have little to no impact.

Silicon Valley can be copied, they have said, but even if one could copy its every step, one would never get the same Silicon Valley. Cultures differ, infrastructure differs, commitments differ—wherever one goes.

If the City really wants to get serious about becoming competitive maybe it should focus its efforts on consolidating all the smaller businesses within the region through mergers and acquisitions into larger ones.

These larger businesses then just might be able to compete effectively with their giant global counterparts, these experts have said.